E42 is a cinematic exploration of the area in Rome knows as the EUR, a modernist landscape that was originally designated by Mussolini as the the site of the World Fair of 1942 and as a celebration of the 20 year anniversary of Fascism. Originally designed as a monumental space for public performance and collective acts of solidarity to the Fascist regime, this landscape was in fact never inaugurated. After the war, the 420 acre area was recuperated and today projects a timeless aura of an unfinished and temporary, empty and silent, monumental and imposing as well as an ephemeral landscape. 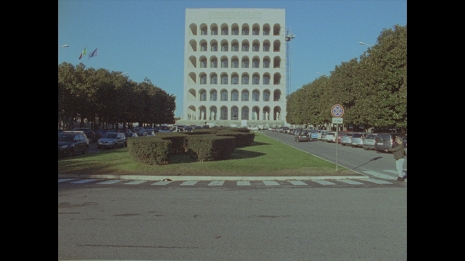 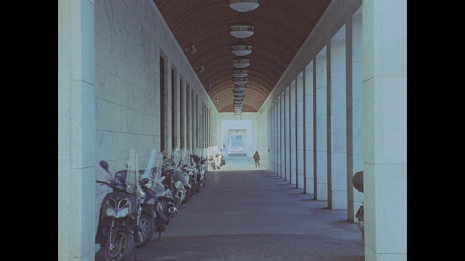 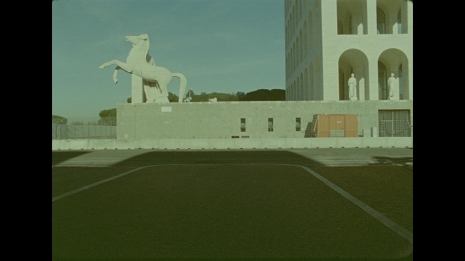 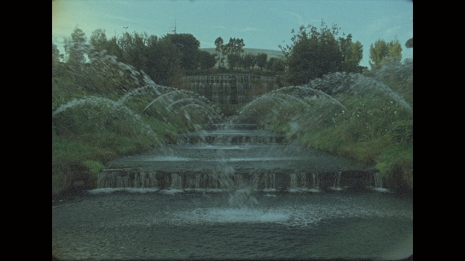 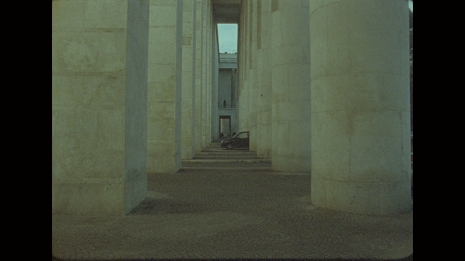